The Wales Young Farmers Federation Public Speaking competition was held virtually for the first time ever on Saturday 24th and Sunday 25th April. Members from all over Wales gathered on Zoom for what was 2 days of very high standard competing. The Junior and Senior members of the year competitions were also held over this weekend, along with the Situations Vacant competition.

Caeo Pryce (Penybont YFC), Gwenno Roberts (Llanfynydd YFC) and Ellis Davies (Llanddarog YFC) were the three members who represented Carmarthenshire YFC in the Welsh Junior Section. Thank you to the team for their efforts in the competition.

At the end of the Welsh Public Speaking competition, Carmarthenshire YFC was placed in the first position. Congratulations and thank you to all members for competing, and for all the trainers for preparing the members for the competition.

In the English Juniors section, Rhys Griffiths, Morgan Davies (Llanddarog YFC) and Sara Jones (Llanfynydd YFC) represented the County. Congratulations to them for securing the third position in the competition.

Representing Carmarthenshire YFC in this competition was Daniel O’Callaghan (Penybont YFC). Thank you to Daniel for his efforts in the competition.

Junior and Senior Member of the Year

The newly elected County Junior and Senior Members of the year, Mari James (Llangadog) and Owain Davies (Llanllwni YFC) respectively, competed against other counties for the title of Wales Junior and Senior Members of the year. Congratulations to Mari for securing second place in the Junior member competition, and thank you to Owain for competing in the Senior member competition. Carmarthenshire YFC look forward to working with both members over the next year. 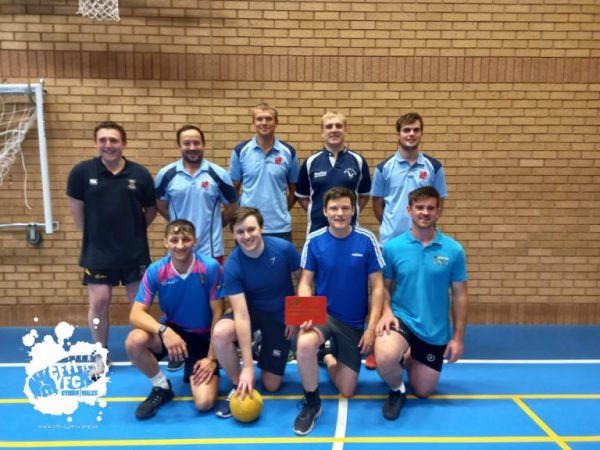