It was great to be back at St Peters Hall this year, for Carmarthenshire YFC’s Eisteddfod: face to face. Once again this year there was fierce competition at the Carmarthenshire Young Farmers Club County Eisteddfod on Saturday the 23rd of October 2021. After a full day of high quality entertainment, Llanllwni YFC captured the Eisteddfod shield this year. Congratulations to the club and also to Penybont YFC for coming second, and to Llanllwni YFC for coming first in the homework section too.

There was a tough job for all our judges with all the competitions throughout the Eisteddfod. Our thanks go to them all for their service. Mr Gwyn Nicholas judged the music section, Mrs Lowri Jones in the recitation, Mr Emyr Lloyd in the Light Entertainment Section, Eurfyl Lewis in the Homework Section and Dr Mererid Hopwood for juding the Prose and Poem.

Our president for this year’s Eisteddfod was Mrs Ann Davies. Many thanks to her for their dedicated words from the stage and for ther generous donations towards the organisation’s funding in Carmarthenshire.

We were very fortunate to have Elin Rees as the official accompanist at this year’s Eisteddfod again. We thank her for her service and also to the other individuals who accompanied the members. Thanks also to those who were presenting from the stage at the Eisteddfod this year – Hefin Evans, Sion Evans, Ffion Medi Rees and Aled Thomas. Many thanks also to everyone who worked behind the scenes and at the main entrance.

Our thanks go out to our recorders who looked after the scores. Thanks to Marian Thomas and Angela Isaac and also to Llinos Jones who was also in charge of the certificates. Many thanks also to Dylan Bowen, Mathew Jones & Arwel Jones who was in charge of Sound and Light.

We would like to thank Nia Thomas from C.Ff.I Llanddarog for allowing us to use the crown in this year’s Carmarthenshire YFC Eisteddfod once again. The winner of this crown was Luned Jones of Llanllwni YFC. A crown was donated by County Chairman, Hefin Evans, to Luned Jones, created by Dylan Bowen. This year’s winner of the chair was Alpha Evans of Cwmann YFC. The chair was also donated this year by County Chairman Hefin Evans. This chair was created by Llyr Thomas. Congratulations to Luned Jones and Alpha Evans, and thank you to everyone who took part in the Ceremony, especially to Elfyn Davies, County President for the smooth running of the ceremony.

As well as the 2021 Chair and Crown Ceremony, the 2020-21 Virtual Eisteddfod Ceremony was also held. This was to congratulate and show our appreciation to Sioned Howells for her work for winning both Chair and Crown. A prize was donated by Jean Lewis, 2020-21 President, created by Dylan Bowen and Iestyn Owen, County Chairman 2020-21 also donated a chair which was also created by himself.

Thanks to all Carmarthenshire YFC County Officials for stewarding the whole Eisteddfod and thanks to LHP Accountants, Ungoed-Thomas & King Solicitors and David and Anthony from Jin Talog for sponsoring the event.

These are the Eisteddfod results:

Have you got talent?

Competition for members 28 or under

Competition for members 21 or under

Competition for members 16 or under

The Elonwy Phillips Shield for the homework: 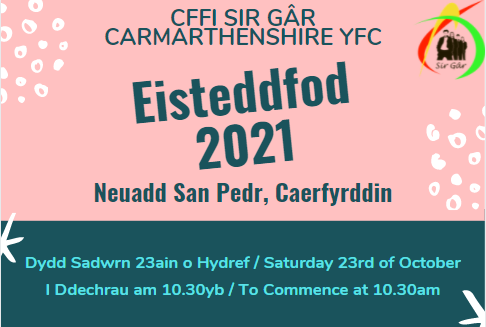 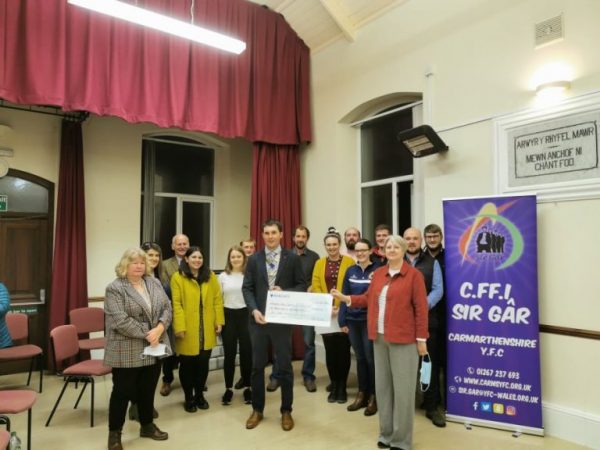 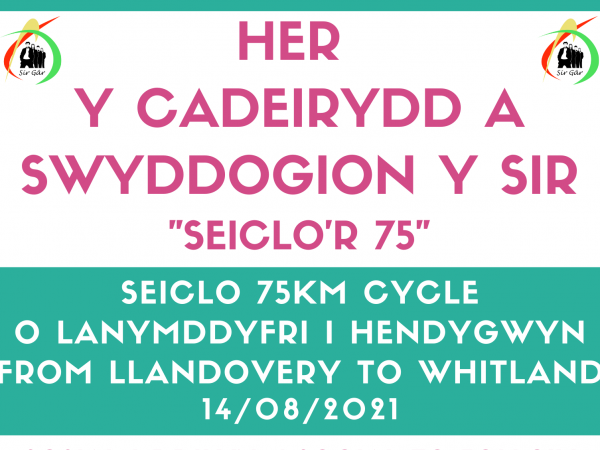